What Is Domestic Violence?

It includes behaviors such as:

In the State of Colorado, if someone is the victim of domestic violence, he or she can file a petition for a protective order. This petition is filed at the district court level in the county where the victim resides.

The purpose of a protective order is to keep the person safe by limiting the ability the abuser has to contact him or her and keeping that person from harassing, harming, stalking or assaulting the victim. Forms to file a protective order can be located on the Colorado Judicial Branch website.

How Does Domestic Violence Affect Custody? 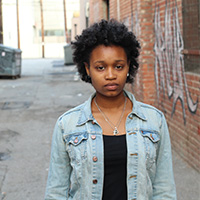 Colorado courts ideally want to encourage and continue the relationship with the child and both parents. However, when violence has been an issue in the relationship, this issue can complicate matters when it comes to the children.

Colorado courts look at all factors when making a determination on who has custody of the child or the time the child or children spend with each parent. Domestic violence against the child or the other parent can be one of those determining factors, but it is only one factor. What this means is even if the parent has abused the child or other parent, that parent is still normally entitled to both parenting time and parenting responsibilities.

When domestic violence is severe and when it is combined with the other best interests factors, then the court will consider limiting or restricting that parent’s time with the child. However, the reasons for this determination must be made clear in the court’s order.

Generally, if one parent has committed domestic violence against the other parent or the child, the court will not give parents shared decision-making responsibilities, especially in situations where the parent who was the victim of the abuse objects.

In addition, the court will normally make sure that special arrangements are made to allow the parents to exchange the child for parenting time and to communicate about the child. Many times, this will involve the exchanges taking place at a secure location, like a police station, to protect the other parent and to ensure the safety of the child. Ultimately the courts want to encourage the child to have a relationship with both sets of parents.

If the parent has been extremely abusive to the child and the court fears for the safety of the child, only then will the court take measures to limit or restrict the time the parent has with the child. The court can even order that parenting time occur via “supervised visitation,” which means that the time spent with the child will be in a supervised setting where a third-party member can observe the interactions between the child and parent. Sometimes these supervised visitations occur in the presence of a clinical professional if the court believes the child and parent need assistance or therapy to help mend the relationship.

At the end of the day, the court’s main concern lies in the well-being of the child. Colorado courts will take all necessary measures to protect the safety of the child first. If after some time has passed, the court believes that visitation no longer needs to be supervised, they will increase the time spent with the child in appropriate increments.

Divorce is complicated and can be a stressful matter for anyone. We are here to help you through the process. Call the Law Offices of Kelli J Malcolm today for your free consultation at 720-261-7287.

Attorney Advertising. This website is designed for general information only. The information presented at this site should not be construed to be formal legal advice nor the formation of a lawyer/client relationship.